I spent the last days of 2018 wandering through the streets of one of the biggest cities in Canada. Named after Mont-Royal, the small mountain at the heart of the city, Montreal is now the centre of the francophone Canada, a city that dwells between the French influence of the Conquest and an eclectic, alternative modernity. Montreal has both the charm of a small town and the excitement of a big city, and while Vieux-Montréal has the feeling of a French village, with is cobbled streets and colorful roofs and domes, other areas such as Sainte-Catherine and Saint-Lauren have the vibrant feeling of a metropoly. 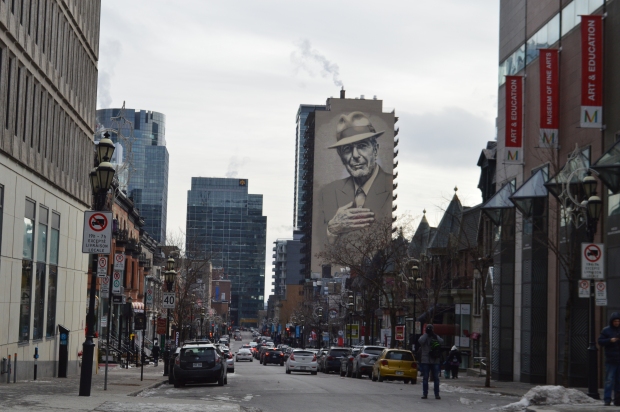 If your idea of getting acquainted with a city is to take a walking tour there, we think alike. So the first morning in Montreal we signed up for a tour of East Vieux-Montréal or Old Montreal. We went with a company called Guidatour and it might have been the worst guided tour ever. We did walk a lot and saw many historical landmarks, even entered the Basilique Notre-Dame de Montréal (for ten minutes), but there was no content or explanations. I would recommend taking other tours, but it’s hard to find companies that work during the winter (and I understand why). 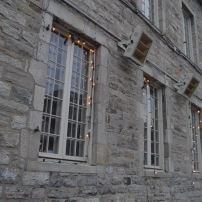 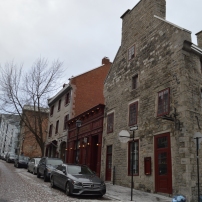 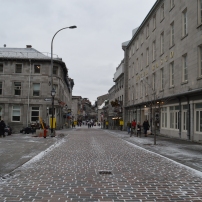 The winter is rough in Quebec, and Montreal was no exception. The temperatures were around -10ºC in the last days of December, and so the Christmas lights and bonfires in Place Jacques Cartier we much welcomed. Place Jacques Cartier is sort of the centre of town, its main square, from where nothing historical is too far away. For the holidays, it is covered in lights, with huge bonfires and logs to sit on in every corner, as well as food trucks where you can get hot chocolate or mulled wine (vin chaud), as well as anything with maple syrup on top. 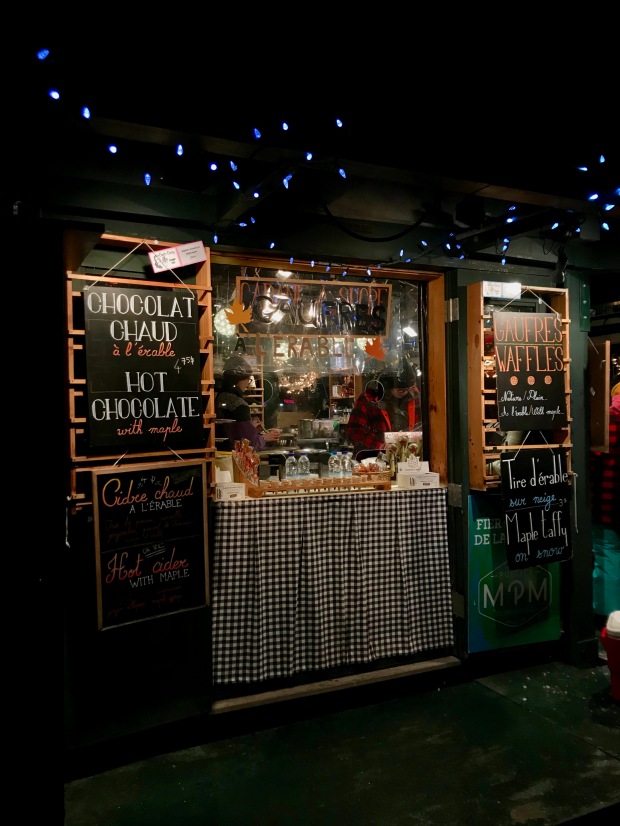 Not too far from there, to the South, is the Notre-Dame Basilica, a beautiful 19th century church in gothic revival style. I think the most beautiful thing about it is its vaults, painted a deep blue and full of little, golden stars. It is easy to lose track of time inside, there’s just too much too see from the statues to the stained glass windows that show some episodes from Montreal’s history. 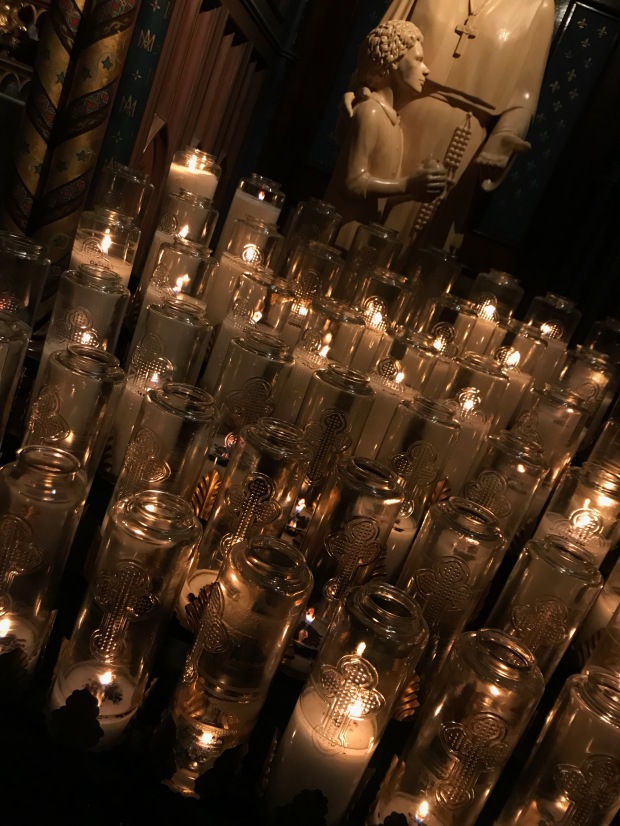 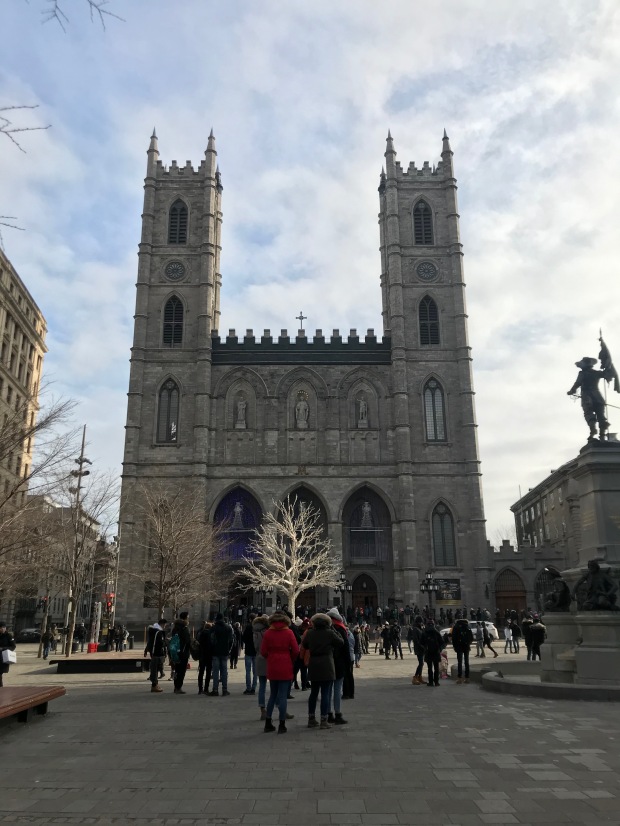 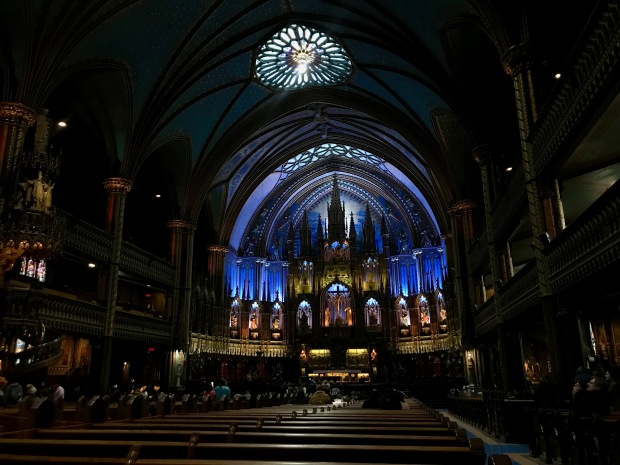 Close to Old Montreal, a 25 minute walk, is the Old Port of Montreal. During the summer, the port is alive with chatter and beergardens, but in the winter it is charming in a different way. There’s an ice rink (Canada must have one for every 100 inhabitants), a chalet to have hot beverages or rent skates, a wheel, Christmas lights and music all around, as well as restaurants. In New Year’s Eve there’s a music festival there and a firework show at midnight. 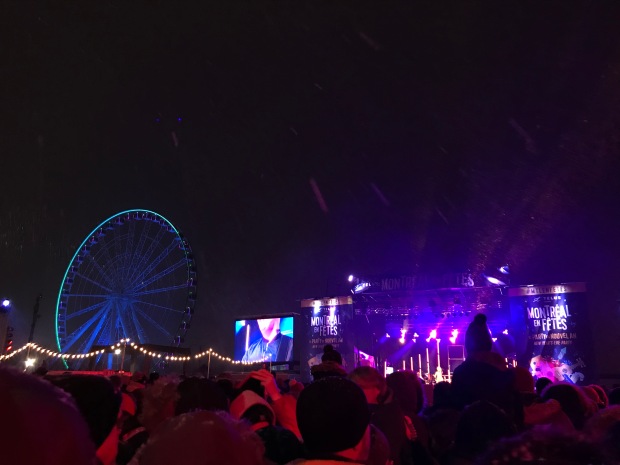 Mont-Royal is a small mountain in the centre of the Isle of Montreal. You can hike up there or drive (we did the latter this time). On top of it there’s the Chalet du Mont-Royal, a building used for various events and usually open to the public. Now in wintertime the fireplaces are blazing and it’s a nice refuge from the cold. The main thing about Mont-Royal is its views of the city below, but now there’s also a skate rink and some slides there, as well as a place selling mulled wine and hot chocolate.

Also up there is the largest church in Canada, the Oratory of Saint-Joseph, a huge though very austere-looking building, with beautiful gardens. Inside there are various chapels, a cafeteria and a balcony that offers a beatiful view of Montreal. 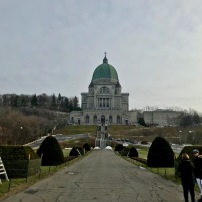 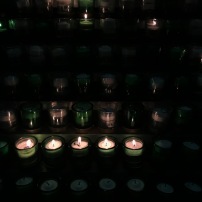 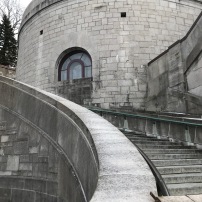 Montreal is a wonderful city for art lovers. It’s not only the birthplace of Leonard Cohen, Arcade Fire and many other great bands, but also one of the largest galleries in the world since many of its walls have been made into murals. You can’t walk two streets without seeing one mural, and its themes are as diverse as they’re eye-catching. It is wonderful to see the contrast between old buildings and modern murals, which give the city a big part of its eclecticism. 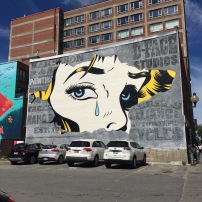 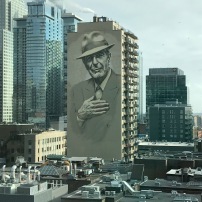 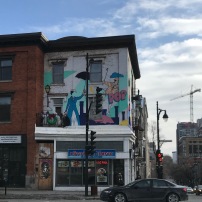 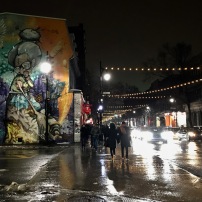 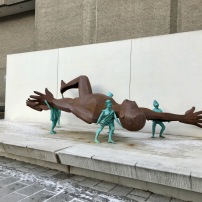 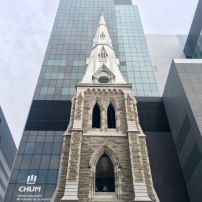 We visited two art museums: the Musée d’Art Contemporaine (MAC) and the Museum of Fine Arts. At the MAC we got to see Julian Rosefeldt’s exposition, Manifesto, a series of short films starring Cate Blanchett. On the other hand, the Museum of Fine Arts is very big and has pieces from every art period, as well as an area dedicated to Canadian artists. Both museums are worth every penny and you could spend an afternoon in each.

The botanical gardens of the city are one of the best outdoors places to go. However, we were a bit uncertain of how we’d find them in the winter. They’re really not very cheerful, but if you’re into a gloomy, a-bit-sad-yet-majestic kind of beauty, they’re the place to be. Everything is frozen and no flowers are in bloom, very few trees still have some brown leaves on, but the silence and peace there is amazing. The temperature is an issue (we had to take refuge in the Insectarium before continuing), but it is worth it to be cold. We even got to spot a red fox. 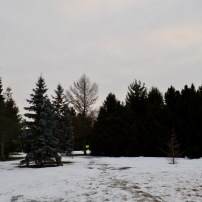 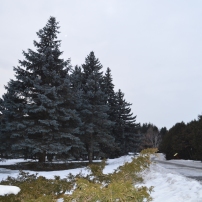 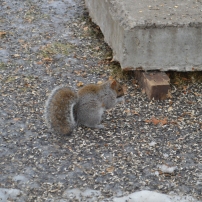 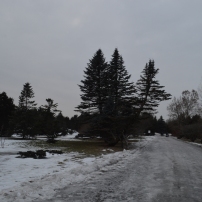 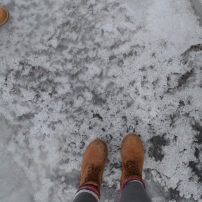 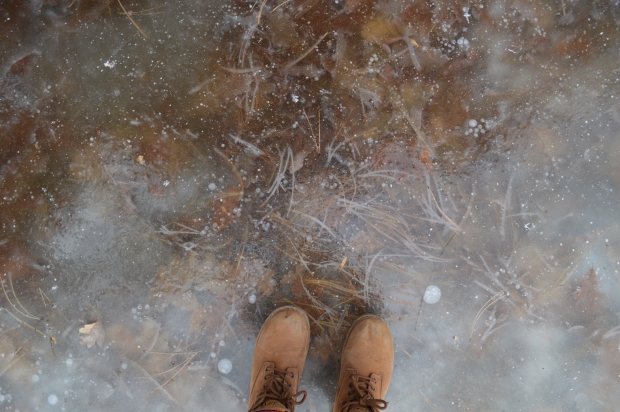 Quebec’s traditional dish is poutine, but I really believe it’s better to try it in Quebec City. As far as food goes, Montreal has everything! Both Saint-Lauren and Sainte-Catherine are filled with international restaurants, so many it’s hard to choose. We had dinner once at a place called Kampai (on Sainte-Catherine) which is really good, but the portions are small and the prices high. The opposite can be said of a place called Warehouse on Saint-Laurent, a pub-like restaurant where every dish is only $5, the food is good here and the asmosphere too.

If you like craft beer, there’s a canadian chain called 3 Brasseurs that makes good beer, although the places themselves are not very special. On Saint-Laurent we found a small Irish pub called McKibbins, it is very cozy and has live music at night. The atmosphere everywhere we went in Montreal was very warm and fun, montrealers have a knack for cosiness. As far as coffee goes, I had not the chance to visit many cafés in Montreal, mainly because of a tight schedule (I had my caffeine fix every morning from a Second Cup on the corner of where we stayed), however we did stumble upon a place called Espace in Vieux-Montreal; we wanted to escape the cold and found some really good coffee there. 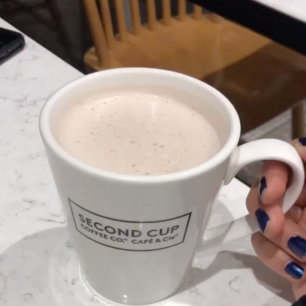 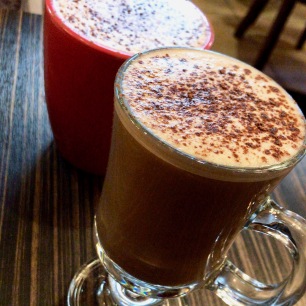 I think of Montreal as a city of in-betweens. It is not completely francophone or anglophone, it has not the francophone pride you find in Quebec City; it is not a village yet some parts feel like it; it is not a huge city, yet sometimes it feels like it; it is rustic and rebellious, strident and calm. Montreal is a mixture of peoples and influences and languages, and you can see the struggle between them in its streets, in its art and its faces. It is a wonderful city and a lovely place to see during the winter. 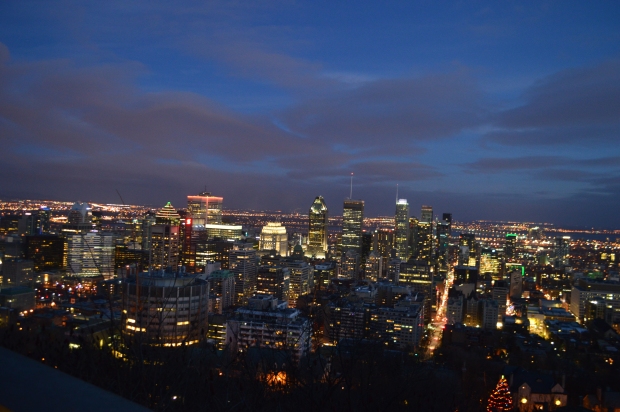 Have you been to Montreal? What did I miss there, and how do you liked it?