Another year gone by! 2018 was a great year, both personally and professionally. Many things ended this year, and many exciting adventures started to take form. My reading lived up to expectation too, and I found myself reading “the right book at the right time” several times. I did not read as much as other years, but I read things that interested me, inspired me and challenged me, and I even revisited old favorites. So I would say it was a fantastic year for reading. Here are some highlights:

This was the first book I read by Ishiguro and I loved it. This is one of the most sadly beautiful novels I have ever read. Narrated from the perspective of Kathy, a girl created for the purpose of becoming a “donor”, along with many other children, for sick people. The whole purpose of these artificially conceived children is to one day give all their functioning organs to deadly ill people. However, Kathy becomes first a carer for other donors and so delays her own donations.

The setting of the book is an England in which kids like Kathy are raised in boarding schools away from society, where they learn about their “mission” and how they’re different from “normal” people. Kathy’s best friends there are Rachel and Tommy. Apart from the romantic triangle between them, Ishiguro builds through Kathy three of the most complex characters in literature who, despite of being told repeatedly that they are not human, love and cling to life bravely and painfully. Kathy herself is a very interesting character, her narrative mixing an honest recollection of the past as well as some reflections on memory and the arbitrariness of it, a topic with which dominates the whole novel and accounts for the generally nostalgic tone of the book. 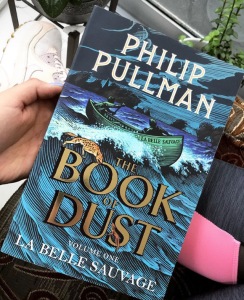 Last December I discovered Philip Pullman’s His Dark Materials trilogy and fell in love with it. So this year I got my hands on a beautiful edition (the UK edition) of the first volume of The Book of Dust. This story is set in an earlier time than The Golden Compass, and tells of Lyra’s Oxford while she was a baby. The protagonist is a young boy called Malcolm, whose parents own an inn and who has a canoe called La Belle Sauvage. The lives of Malcolm and Lyra will become intertwined when a creepy (very creepy, really) villain and Mrs Coulter try to steal her from the convent where Lord Asriel placed her. If you haven’t read His Dark Materials, it doesn’t really matter, although they give a lot of information about how this universe works. I recommend this for any fantasy readers: Pullman is a master of the genre. 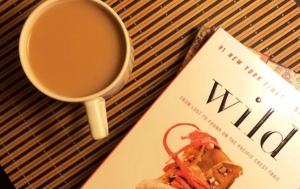 Strayed tells the story of how, at 26, after her mother’s death and her divorce, she made the rash decision to hike the Pacific Crest Trail, underestimating both the preparation time most hikers take and the physical demands of hiking. She, however, kept to her word and hiked all the way from California to Oregon. Packing mistakes, snow, terrible heat, water scarcity, getting lost and finding creepy men along the way are only part of the obstacles Strayed came across during her journey.

What most interested me about Strayed’s book was the honesty with which she stated her motives in hiking the PCT. I could not help but sympathize with an unprepared, delusional, female solo traveler. I found the book sincere when describing the things that usually lead to a trip, or an expedition as wild as this: “my life is falling apart”. Such sincerity would have seemed cliché were it not for the honesty with which the author addresses this search for meaning in nature and how she shatters this expectations dropping some truths like: nature is indifferent, there’s nothing glamorous in hiking and having your toenails fall off (yes, that still haunts me), and you’ll probably be too busy worrying about surviving that you won’t have time to ponder over your life. But your life and your choices and who you are will always come out when you’re stripped from your comfort zone and left alone with your courage. Every choice out there, whether to quit or to keep going, will be a step towards self-discovery, and the way in which this books portrays that, with humour and angst and anger, rang true to me.

Into the Wild, Jon Krakauer

I really think this book changed my life. Jon Krakauer, with honesty, tact and journalistic mastery narrates what he found about the life and death of young Chris McCandless, aka Alexander Supertramp, an American who hitchhiked his way to Alaska to live in and from nature only. I love this book because I think the critical job Krakauer does to distance himself from McCandless, without idealising or ridiculing him, is amazing. He talked to people who met him on the road, to his family and friends and collected other anecdotes from people who did similar things, and in the end this book is about more than McCandless, it’s about the urge that moved him and people like him to get away from “civilisation” and find a deeper meaning in life through a restored connection with nature and the hard work of survival. The book does not idealise nature either, it shows it at its best and worse, at its majesty and it’s moodiness and lethality. I recommend reading this to anyone interested in hiking, nature, ecology or American transcendentalism (Thoreau’s writings are a great companion for this).

My main reason to read this unpopular piece of nineteenth century literature was that I love both Emily and Charlotte Brontë’s writing, so I had to read Anne too. And she’s great as well. The book starts with the arrival of a mysterious young widow in a small town in England. She’s a bit rude and very reserved, so obviously the most handsome dude in town falls for her. Oh, and she has a child. However, people soon start talking about her, as no one knows where she came from or if she’s really a widow, and handsome dude needs to know the truth, so she gives him her diary to read. And her diary is most of the book. Anne Brontë reflects on many things in this novel: first, the social position of women; second, the implications of marriage both as a political institution and as a love affair; third, human nature’s propensity to vice; and fourth, religion’s role in both the submission and the liberation of women.

I must say I didn’t enjoy this book as much as Jane Eyre or Wuthering Heights. In style, it is very different from them in the way it uses literary devices like the letter and diary format, prayers and such. Nevertheless I found it a good companion, never too dull in its reflections and never too dramatic in its depictions of the sorrows of marriage. A very recommended for classic literature lovers as well as feminists (this might be Henrik Ibsen’s A Doll House antecesor).

Signs Preceding the End of the World, Yuri Herrera

The book narrates the odyssey of a young Mexican girl who crosses the border to the USA in search of her brother. It is an old story, but Herrera’s mythical and poetic prose make it one of the best books by a Mexican author I have read.

A Walk in the Woods, Bill Bryson 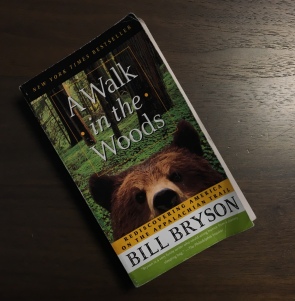 A Walk in the Woods was one of the most interesting books I have read in a while, and definitely the funniest. Bryson’s talent to turn simple and even dramatic situations into hilarious episodes is outstanding. His honesty while reflecting on nature is also admirable. Whatever Bryson passes, whether it’s a mountain, a town, a refuge, an animal, he investigates about and presents his knowledge to you in a very subtle matter. He rants about the government, hunters, the pioneers. He talks of the beginnings of the earth, the separation of Pangea, the birth of the mountains. He describes the changes in American culture, migration patterns, natural catastrophes. He tells of serial killers, obscure anecdotes of the trail, TV commercials.

And all of this, in some way or other, is part of a more profound reflection on the theme that appears again and again in the whole book: the relationship between civilization and wilderness.

Heart of a Dog, Mikhail Bulgakov 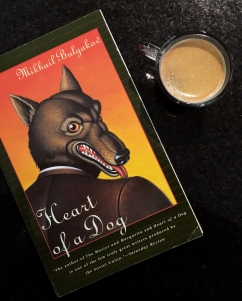 Bulgakov is a unique author. Heart of a Dog tells the story of Sharik, a stray dog taken in by a famous surgeon during the Soviet regime in Moscow. Little does Sharik know, he’s the chosen victim of an experiment to turn him into a man. A satire and wit only paralleled by The Master and Margarita, this is a crazy story full of cynicism, dark humor and a heart-breaking insight of humanity and animality. Heart of a Dog is a theatrical, wild ride with the only downside of being too short. 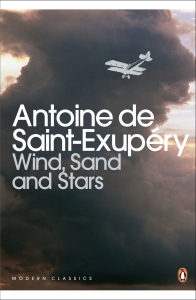 This year I thought I would read more non-fiction. I ended up reading mostly travel books —Krakauer, Strayed, Bryson— and, by a fortunate twist of fate, revisiting a beloved author. It could seem like this book has nothing to do with The Little Prince, yet the same sense of wander and the conflicts between humans and a hostile world run through the pages of both books. Wind, Sand and Stars is a series of writings about de Saint-Exupéry’s experience as a pilot for the airmail carrier Aéropostale. He writes of the planes, the trips, of friendship and love, of death, heroism and of how it feels to be in a plane thousands of feet above the ground, all by yourself. A wonderful book.

This was the creepiest thing I’ve read in a while and, also, my first Joyce Carol Oates novel and I can’t wait to read more of her books. It is a very complex story, but basically what you read is this historian’s account of what happened in Princeton at the beginning of the 20th century, when many women disappeared, were found dead, and other strange occurrences took place within the elite of the town. Woodrow Wilson, Upton Sinclair, Jack London and even Sherlock Holmes appear in this crazy book, as well as the devil himself and other creatures (vampires!). When his sister is “abducted” shortly after her wedding, it is up to Josiah Slade, whom we follow through the historian’s doubtful account, to solve the curse that ravages the town. This is a really entertaining, disturbing, scary, funny novel that touches on many social issues like racism and sexism. Also, it is an admirable work of fiction; I am amazed at Oates’ narrative talent and critical insight. 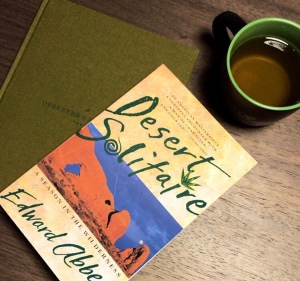 This book is life changing. Edward Abbey got a job as a park ranger at Arches National Park in Utah and this book is formed by a series of essays on different topics that he wrote there, living on a van during the winter. Abbey’s reflexions on wilderness and our relation with it are as actual as his his critique of capitalism. This book is at times bitter as desperate, exasperating and sad, hopeful and exiting. Abbey is such a gifted writer, mixing narrative with his essays, conveying closeness, warning, teasing, teaching. This book is so important for the challenges we face today in regards to global warming and consumerism, and it is also a wonderful piece of prose.

I am currently reading The Essex Serpent by Sarah Perry and finding it delightful. It’s been, overall, a very good year for reading. What were your highlight? How should I start 2019?