Throughout my life, and perhaps the more so because I’m a literature undergrad, I have read many kinds of books. And many of those books have changed me and shaped the ways in which I interact with the world.

Of all those ways in which books have changed me, this post is dedicated to those books that inspired me to travel, those which gave me itchy feet and to which I owe this never-ending desire to go to “faraway lands”, to get lost in big cities and found in quiet mountain tops or forgotten little towns. Some of these books just describe places in such a vivid way that I was compelled to visit them, but most are not about destinations about but journeys themselves.

Whitman’s poetry is hope, energy, youth. When I first read Leaves of Grass I started to understand things I had only guessed before about my place in the world. “Not I, nor anyone else can travel that road for you. /You must travel it by yourself. /It is not far. It is within reach. /Perhaps you have been on it since you were born, and did not know. / Perhaps it is everywhere – on water and land.”

To actually feel part of the world wherever I am, however distant it may seem, has been a big breakthrough for me: “For every atom belonging to me as good belongs to you.” I used to set too much store on destinations and possessions, to think that when I had this or when I were somewhere else I would be happy, but that was not only untrue, but also an unsustainable way of living. Now I’d rather be here and think of traveling in a broader sense, I want to be here as much as possible and when I’m somewhere else I want to be there with all my heart.

Though not Charlotte’s most famous novel, Villette is perhaps my favourite. A young woman with no money or family who embarks to Europe in search of a better life. She arrives in a little town in Belgium only to realise that the journey is not yet over. When she’s in she ship, uncertain of where she’s going but fully embracing her own adventure, she says: “So peril, loneliness, an uncertain future, are not oppressive evils, so long as the frame is healthy and the faculties are employed; so long especially, as Liberty lends us her wings, and Hope guides us by her star.“ And this quote has accompanied me since. Somehow that’s what traveling is about for me, the excitement of adventure, the fear and uncertainty that freedom can arouse, and ultimately the hopes for better things to come, and to each travel to show us things of ourselves we didn’t know before.

Into the Wild, Jon Krakauer

This is a recent read for me (no, I haven’t watched the movie yet), and I must say I was completely appalled and excited by the adventures of Chris McCandless (aka Alexander Supertramp) that Krakauer narrates. When talking about this book I found that many people think the author glorifies the stupidity of this young man who went to live by himself in the Alaskan wilderness. I really don’t think he does. I actually think Krakauer does an amazing job in setting apart his opinions from the facts, while also rendering a complex portrait of the 22-year-old. I don’t believe Chris McCandles was a hero, but I do believe he understood what he was up to and understood too the perils of modern society. If I learned something from this book, it was about self-reliance. This book made me so much more conscious of my dependance on material things as well of the implications of everything I do (from the food I eat to the clothes I wear), and I think we could all learn a bit from both Jon Krakauer, an amazing writer and adventurer, and Chris McCandless. I also can’t wait to travel to Alaska.

If you’re interested in self-reliance, I highly recommend you read Emerson’s text of the same name. It might change your life. Also, if you’re on Goodreads, I made a list of all the books that appear in Into the Wild, most of which McCandless read. So add me here, and the list is called “Into-the-wild”.

I’m a big fan of Hemingway (my favourite novel is definitely A Farewell to Arms) and so I had to read this memoir. Apart from it being the best memoir I’ve read, it is also one of the best books about Paris ever. I love this book because it combines my two passions: literature and travel writing. Hemingway’s descriptions of Paris are astounding, he describes the parties and the itineraries he followed when living there, all the alcohol and tobacco and all the artists he met there. He also tells some funny and heartbreaking anecdotes and talks of Scott Fitzgerald, Gertrude Stein, Pablo Picasso and James Joyce. When I read it I had already been to Paris, but the way in which he describes the cafés in the Latin Quartier, all the gardens and the boulangeries, just made me want to go again. From this book you’ll get a ton of places to see in Paris, including Shakespeare & Co., as well as some of the most interesting reflections on what it means to be a writer and what it takes to write.

On the Road, Jack Kerouac

Of course, I had to include this one, and you’ve probably read it already. Although Kerouac might not be my favourite beatnik, this book is special. I must confess I found it poorly written and boring at some points (and I don’t think I hate any fictional character more than I hate Dean Moriarty), but there’s some raw stuff in here that is so important for me, the love of experience for the sake of experience. The book is about a road trip, perhaps The Road Trip, across North America, and Kerouac was clearly not gonna let grammar interfere in his rendering of this experience. The book has many great moments of clarity that made me jump of excitement and recognition, and I think any fellow traveler, or any young person really, will feel the same.

The Call of the Wild, Jack London

This is one of the books mentioned in Into the Wild. It is about a house dog from California that is sold to be a sleigh dog in Alaska and how this drastic change forces him to go back to his nature. What I like about this book is that it does not idealize nature as something good, but it represents it with all its violence, as a merciless force, and yet a majestic one. This book made me think so much about our relationship to nature and it made me change the ways in which I interact with it, so if you’re a nature lover, I recommend this book. 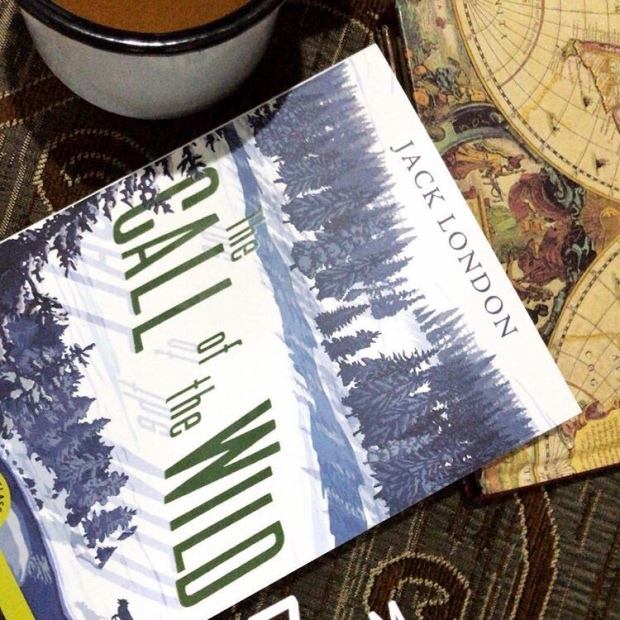 Have you read any of these?

If so, what did you think of them? I’d love to hear from you on the comments.