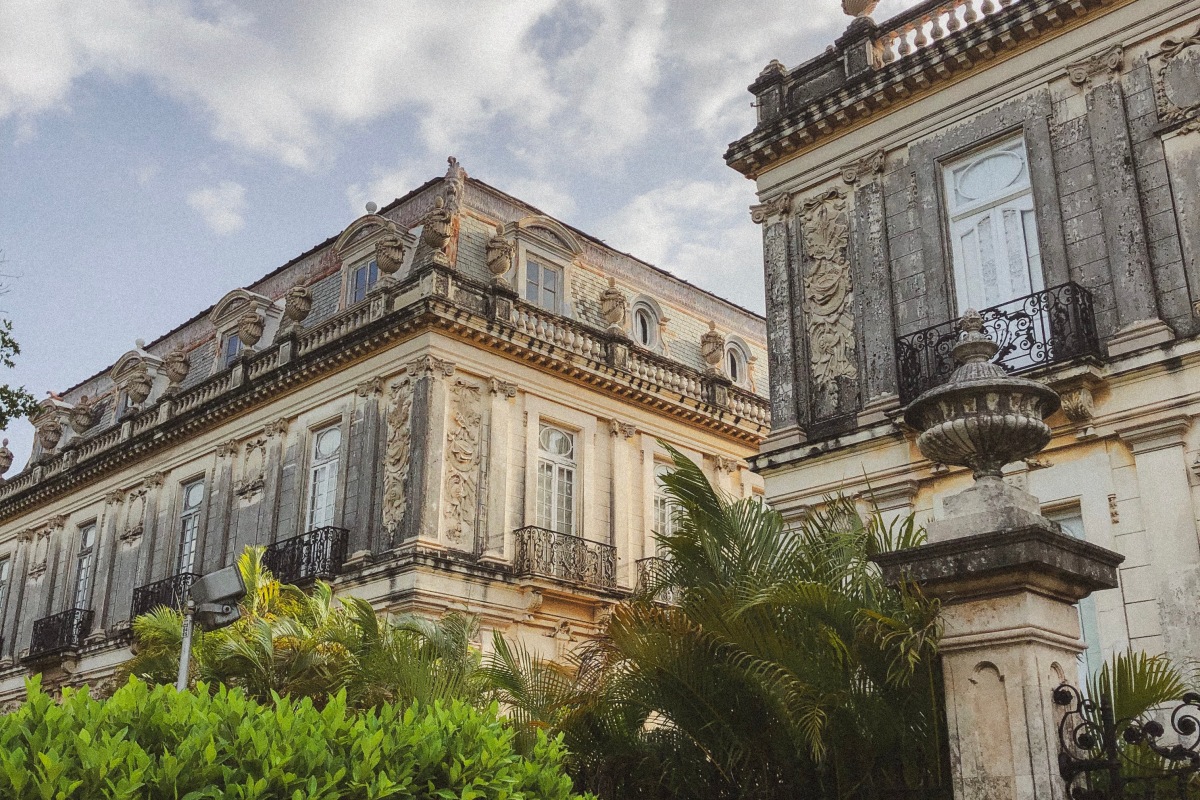 Mérida, Yucatán is currently the safest city in Mexico, which is in itself a luring aspect for female travellers. It was really one of the reasons why I chose it for my last holiday: I wanted to show a foreign friend around while keeping a very tight budget, which meant public transport, hostels and as little shopping as possible. I was looking for cheap and safe, and Mérida was the right answer.

My friend and I stayed in an eco-hostel called Nómadas, which I can’t recommend enough. It was a small, homey place with a beautiful pool surrounded by tropical plants and hammocks. It was also packed with young travellers, so we felt at ease always, plus the staff was wonderfully kind (everybody in Yucatán was awfully kind, come to that). I have stayed in many hostels over the last few years and I can honestly say this is one of the best. Also, it is very, very cheap.

Immediately after we arrived we wanted to go to the beach, so we dropped our bags and asked for the nearest beach. The only possible downside about Mérida is that it doesn’t have its own beaches. This is not a problem, however, as you can easily drive or take a bus to one of the many beaches nearby. This time we took a half-hour bus ride to Playa Progreso.

Apart from its closeness to beautiful beaches, Mérida is a wonder in itself. Also known as “the white city”, it has a rich history and played an important part in during the Spanish Conquest, when the Yucatán Peninsula was an important spot for trading with Europe. So it’s not strange that it is full of old, baroque buildings that almost seem out of place in a 40ºC weather. Its most remarkable building has to be the cathedral, an austere two-towered structure surrounded by trees. Another great spot for architecture lovers is Paseo de Montejo, where the poshest and nicest houses in town used to be. Now it is full of restaurants and cafés, and it is the perfect spot for a walk. My favourite café was Latte Quatro Sette.

Speaking of restaurants, I don’t think I have ever enjoyed food as much as when I was in Mérida. Whether you go to a food stand in the centre or a fancy restaurant, food is amazing. My favourite spot was a restaurant called Micaela Mar & Leña, close to our hostel. It is one of those places that offer a “food experience” rather than just food. It is also reasonably priced and the service is excellent. Seafood is amazing in Yucatán, but so are the traditional “cochinita pibil” (pork) and “sopa de lima” (soup with sweet lime).

Nightlife in Mérida is also pretty awesome. If you’re into Latin music I definitely recommend going to Mercado 60, where you’ll find live Cuban music (there’s a lot of Cuban influence in Yucatán’s culture due to the closeness between the two countries). There you can even learn to dance and have some cocktails or artisanal beer. The food is also pretty good.

We just stayed five days in the white city, and spent some travelling to some cities nearby, but I just fell in love with the city! Its culture, vibrance and most of all the kindness and good humour of its citizens—not to mention it is a pretty international spot, specially for young backpackers— make it, in my opinion, one of the greatest cities in Mexico. There’s just so many things to see and do! I can’t wait to go back.

Have you visited Mérida?