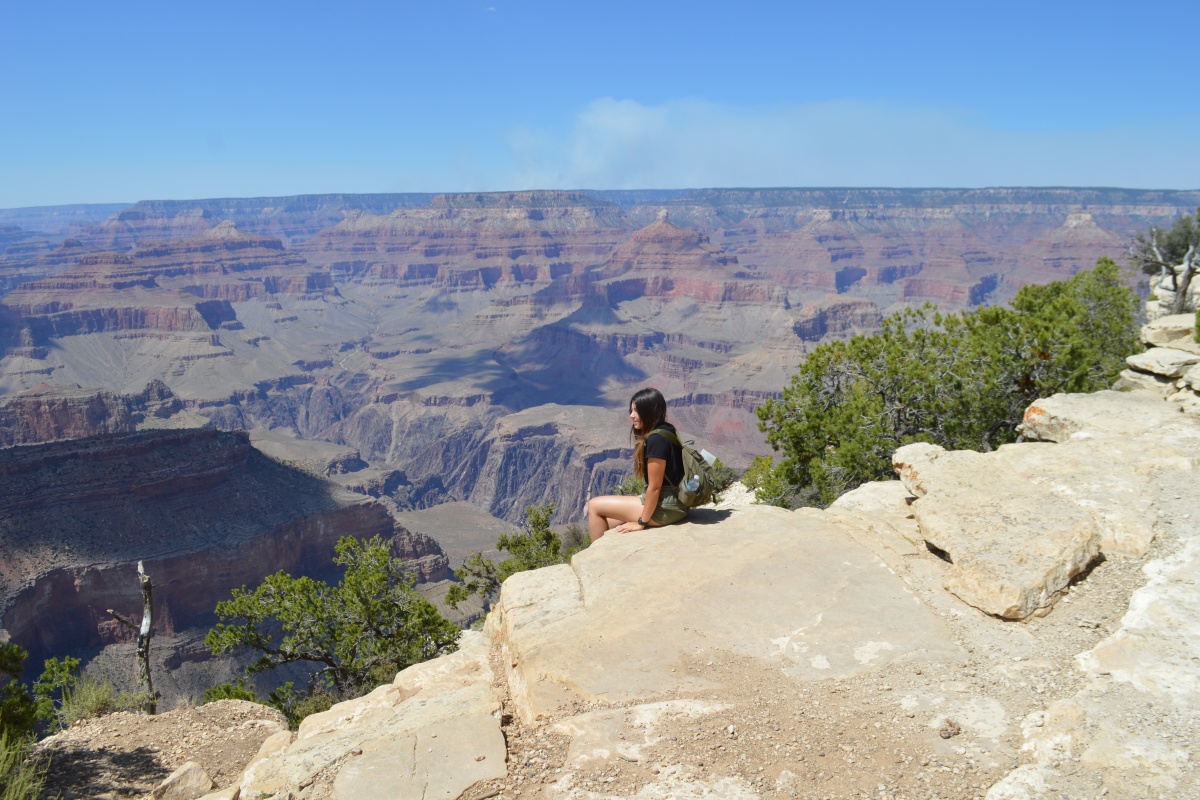 I suppose the Grand Canyon is one of those places that haunt your imagination way before you visit them. I had seen it in movies and read about it countless times, I had imagined it while reading Edward Abbey’s Desert Solitaire and seen it on Instagram time after time: drone pictures, helicopter videos, dangerous-looking selfies. I guess it is one of those places you know before you even see them, that is not rare. But it is also one of those places that still baffle you when you see them. I visited the Grand Canyon last month and can recall very vividly that scene of “rock and sun” before me.

A family trip to Las Vegas was really the perfect excuse to visit the Grand Canyon, since the state of Arizona, where the Grand Canyon National Park is, neighbours the state of Nevada. It sounded pretty close to me, but it took about 6 hours by bus to get from Las Vegas to the South Rim of the Grand Canyon. I had the chance, though, to make some stops along Route 66 and eat some really good American pie. We also made a stop at In n’ Out on the way back, so no complaints about that. 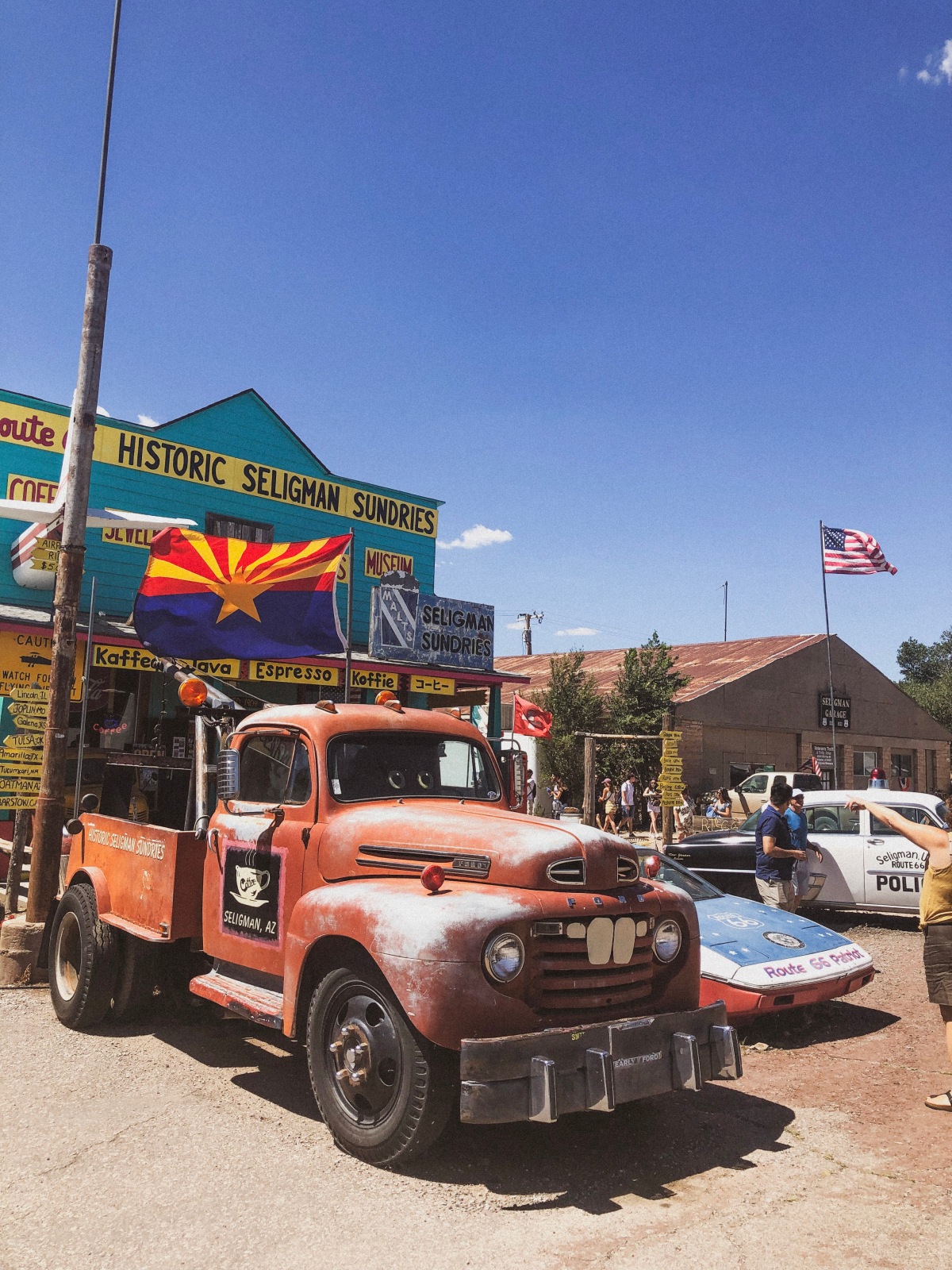 After 40ºC weather in Nevada, I was glad to find that the weather in Arizona was much milder, at around 30ºC at noon. There were few clouds in the sky and when I finally got off the bus at the National Park all I saw was a scorching red vastness of rock. It was infinite in its size, the kind of grandeur that makes you feel lonely and small but strangely comfortable. Walking along the rim all was vastness: upwards the infinite sky, downwards an ever stretching smoothness of rock, in front of me a dusty path that stretched further and further.

At the moment I recalled many things that Edward Abbey wrote about Monument Valley in Utah:

“Men come and go, cities rise and fall, whole civilizations appear and disappear— the earth remains, slightly modified. The earth remains, and the heartbreaking beauty where there are no hearts to break… I sometimes choose to think, no doubt perversely, that man is a dream, a thought, an illusion, and only rock is real. Rock and sun.”

Indeed rock and sun compose the greatness of this landscape, with the hardness and the assurance of those things that need no nurture, that don’t grow and don’t die, just remain. Rock and sun, dust. There is something reassuring, transcendental and even biblical— “dust thou art, and to dust thou shalt return”— in being surrounded by rocks.

Writing about it now, about a month afterwards, I think of a more recent read, Rebecca Solnit’s A Field Guide to Getting Lost. Do you ever read something and think how you’ve wanted to express that but hadn’t found the right words? There is a part where Solnit writes:

“Solitude in the city is about the lack of other people or rather their distance beyond a door or wall, but in remote places it isn’t an absence but the presence of something else, a kind of humming silence in which solitude seems as natural to your species as to any other, words strange rocks you may or may not turn over.”

—Rebecca Solnit, A Field Guide to Getting Lost